Gynecomastia is a condition that many live with, about half of all men, and for a long time, the causes were chalked up to either puberty or the use of illicit steroid drugs. But the truth is much more complicated than it may seem as it has been shown that drugs causing gynecomastia are on the market and consumed en-masse by the public! Dr. Zoran Potpatic, a leader in Fort Lauderdale plastic surgery, has conducted countless operations to reduce gynecomastia in men and would like to shed light on the issue of gynecomastia caused by medication and has created this quick overview to do so. With years of experience in the field and knowledge of the reasons for drugs causing gynecomastia, his expertise in this matter cannot be matched.

Causes for Gynecomastia Induced by Drugs

First things first, before knowing what drugs can cause gynecomastia, it is important to know why certain drugs can induce the growth of breast tissue in men. There are many reasons that gynecomastia caused by medication can occur, but the most common can be linked to an increase of prolactin in the body, a rise in estrogen, and the blocking of androgen hormones. Each can occur as a result of taking certain medications, but the reasoning between the three differs, particularly when discussing the first two causes and the last.

An increase in either estrogen or prolactin can be caused by medications. These hormones are both naturally found in men as well as women but tend to be in a more controlled dose for men. Many medications carry the side effect of increasing the levels of either one or both in males, which can subsequently lead to the development of gynecomastia in men. Another example of gynecomastia caused by medication can be linked to hormones, more specifically, when a medication blocks androgen hormones in the body. Hormones such as testosterone are present in androgens, and a drug causing the distribution to become impaired could lead to men developing breast tissue as a result. But what are some specific medications causing gynecomastia that are currently on the market?

Some Medications that Cause Gynecomastia

Gynecomastia caused by medication is usually linked to a select few commonly available and distributed drugs. The below list is not complete, as many medications carry the potential of causing an increase or decrease in specific hormones, but the following are the most commonly known:

If you are concerned about taking a drug or drugs that could lead to gynecomastia caused by medications, then be sure to read and study all of the side effects that could occur and weigh your options with your prescribing doctor. If you are already suffering the effects of gynecomastia as a result of the medication, then be sure to be rid of it effectively by having a cosmetic procedure done by a board-certified physician.

If you are considering the possibility of undergoing a procedure to reduce gynecomastia, then be sure to reach out to the Dr. Potparic Fort Lauderdale team to get the best available surgery in all of South Florida. Be sure to read some of our other articles or take a look at our full procedure list to learn more about all things plastic surgery in the area.

Dr. Zoran Potparic is a board certified plastic surgeon in Fort Lauderdale, Florida, committed to performing surgery of the highest quality, safety, and artistry. He applies his years of global study and research, as well as more than 30 years of hands-on experience performing reconstructive and cosmetic surgery for patients coming from all over the United States. 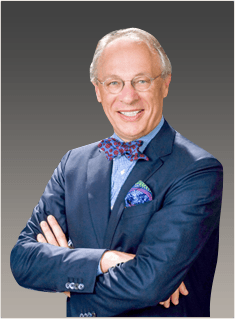 Dr. Zoran Potparic is a board certified plastic surgeon in Fort Lauderdale, Florida, committed to performing surgery of the highest quality, safety, and artistry. He applies his years of global study and research, as well as more than 30 years of hands-on experience performing reconstructive and cosmetic surgery for patients coming from all over the United States.
Call Us (954) 779-2777